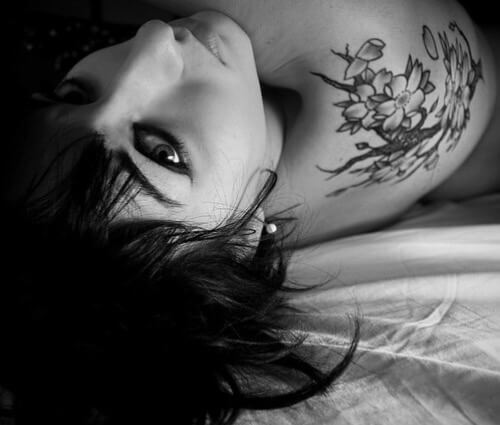 10 things that you didn't know about people with tattoos

‘She will be easy – she has a lower back tattoo!’ said he and I didn’t know if I should show him that I have one too and that it doesn’t define me as “easy” or “salacious” or if I should just walk away. I was disappointed in my friend for his classic slut-shaming but I wasn’t surprised at his prejudice about the “tramp stamp”. Instead, I decided to write about it.

I have come across many people who have either cocked up their eyebrows or spoken with their eyes when they have found out that I have tattoos. I see them yelling silently – Oh my God! You are a bad girl! Until today, I never bothered to ask them why.

Why is it wrong to get a tattoo? How does someone who gets a tattoo suddenly become bad or wrong or wasted? Or immoral or dodgy or ready to sleep with just about anybody?

The worst part about the association of a tattoo with the stereotyping is that it’s gender biased. They don’t treat tattooed men differently. Oh no! Men with tattoos are just that – men with tattoos. There is nothing more to the story. However, women? If a woman dares to allow a needle to be put in her, she is pigeonholed! It suddenly means that she wants men across to put what-not in her! Oh yeah… she suddenly becomes the “slut”.

I think differently. I think dirt lies in the eyes of the beholder. Humor me, okay?

Here are 10 things about people with a tattoo that will give you a reason to look at them differently:

Everyone who gets a tattoo knows that the tattoo is going to be a part of their body till death does them part. Though tattoo removal procedures are more commonly available now, the concept of a tattoo hasn’t changed – it’s a commitment for life that they agree upon in the first place.

Doesn’t that speak volumes about just how commitment-oriented they can be? They might look frivolous, however they are not. And, though it might be difficult to catch them, once caught, they will be yours, truly.

There are few who treat tattoos simply as designs. However, the major lot treats tattoo as a cryptic way of signifying themselves, their feelings, their likes.

To be able to portray yourself and know that you can’t alter or change it later means you need to be sure about yourself. You need to know yourself… really know yourself.

Most of the people with tattoos know themselves really well.

3. They are in search of more

Usually, they are people who are non-materialistic. Though considering them to be completely earthly-minded or otherwise might be a folly, they do not do good with fake lives or shallow relationships. They are quite intense about their lives and their relationships and are farthest from monotony.

4. They can tell and not show

How many times have you met criticism with a smile? Tattooed individuals have probably mastered the skill. And that’s probably because once you have inked, you do receive a lot of criticism and condemnation. And they don’t lash out. You might think they didn’t see the change in your look, but here’s news for you – most of them can easily see it. And they consciously tune the denunciation out and smile at you.

It’s not easy to turn the other cheek, is it?

The tattoo machine is nothing but a needle attached to a machine which can make the needle go up & down. And yes, when the needle pricks you again and again, a thousand times, it hurts. To some, the pain is bearable – but that doesn’t mean it doesn’t pain.

They are ones who know that they are breaking the convention, but they do like the unconventional, the unorthodox, the bizarre. They might be quirky or eccentric, but they do not fear to break the ground and be themselves; they cannot be caged.

Tattooing is an art that celebrates such unconventional beauty. Tattooed people recognize and admire beauty in their own individualistic ways.

No one who gets a tattoo doesn’t know that the ink will remain on their body even when they are old and have wrinkles on their body. They aren’t caught unaware about their career limitations ever, they know which professions or jobs might be out of bounds for them once they have inked themselves.

They look into their own minds to ensure that they want to go ahead with a tattoo before they do. Their prudent awareness is commendable.

9. Mysterious is their middle name

If you haven’t already figured out the reason behind the art inked on someone, and haven’t been told what it stands for yet, this one is for you!

Most of the people with tattoos have stories behind their tattoos. Obviously, the story would have had to be enough important or significant to have ended up in a tattoo. However, you might not always get to hear it. The knowledge that such a puzzle exists right in front of you can make you curious. Some tattooed people like to leave you like that – puzzled, curious, unable to solve the mystery.

Getting a tattoo is painful, and you need to want the tattoo more than you fear the pain it brings along with it. Who else, apart from a true lover of art would endure such pain to get the art inked on themselves?

And lastly, if you still can’t, you do yours, and we’ll continue to do ours!