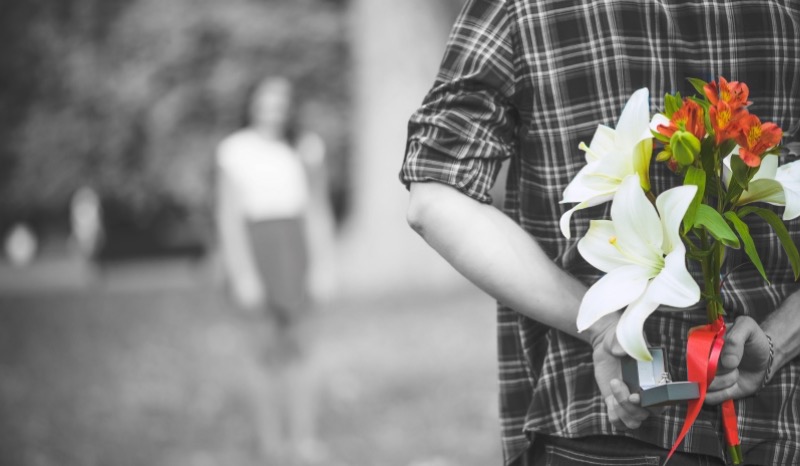 6 ways to know if you should tell her your feelings

This is a story of a Raj and a Simran – two friends. In the beginning, the sight of Simran brought an uninhibited smile on Raj’s face. With time, his fondness for Simran grew. He would look forward to their meetings, explaining to himself that she was just a dear friend, an extremely special dear friend. Days, weeks and months went by and an unsuspecting Raj found himself fallen for Simran, he found himself following her life through friends and social media; unfortunately that was all there was left to their once blossoming friendship. An oblivious Simran had moved on and away with her life, making Raj wish that he had confessed his feelings to her back then.

Nah. It would all be too much for her. And she would probably turn him down anyway. And he would end up losing out on whatever leftover crumbs of friendship he was holding on to.

We all have at least one friend in our lives who is or has lived the life of this Raj. Loving someone from afar seems absurd to the non-Raj group of people. But hundreds and thousands of Rajs exist. And simply because they have decided that this is the better way out.

Here are 6 ways to know whether you have decided correctly or whether you should pluck the courage and just tell her:

1. You haven’t told her simply because of too many reasons

Why do you have so many reasons for not telling her how you feel? Is it because you know none of the reason is a good enough reason on its own? Or because you can’t seem to make up your mind which reason it really is?

Either way, it looks like you are hiding behind the excuse called ‘many reasons’. You need to be brutally honest with yourself and agree on the sole reason why you are staying shut about your feelings. It need not be pretty, but it needs to be the one significant reason that has you shutting up.

2. You haven’t told her because you don’t want to lose her friendship

Yes, her friendship. This one is a classic and have heard this the maximum number of times. Well, here’s the deal. Friendship is a platonic relationship between two individuals based on their likeness for each other and faith in each other. Since you haven’t been entirely truthful with her, are you even her true friend?

And, if you don’t care whether you are her true friend or not, as long as she is your friend… answer this – does she care about you or is she selfish & self-centred? Because if she does care, she won’t kill your friendship in case she doesn’t reciprocate your feelings. A true friend will understand you, no matter what, as she has understood you all along. Any other kind might not even be worth your friendship.

3. You are being the nice guy and staying shut

Either stop deciding for her and tell it the way it is, or stop lying to yourself. You aren’t being the nice guy to her by staying quiet about your feelings. You are playing it safe. You are either too scared to face the music or you are not sure about yourself. But, you aren’t quiet because you are her knight in shining armour. It’s okay if you don’t want to tell her, but stop hiding behind the damned excuse.

4. You think you aren’t good enough for her

Where is this coming from? Is it because you have seen the kind of guys she dates? Drool-worthy hunks or filthy rich..? These attributes might attract her in the beginning, but in the long run, she will settle with a guy who understands her, is loving to her, and worthy of becoming the father to her child. So don’t judge yourself by her past.

And well, if she is the kind to settle with someone for his riches and the things she can buy, you got saved, so stay mum!

5. You tried, but courage eluded you

Your feelings for her are what sets you apart from the crowd. Not everyone is a smooth talker. And talking to the woman of your dreams can be extremely daunting. But nobody else can do this for you. So hold yourself up, clench your teeth if required, and start talking. Practice in front of a mirror if required. But make up your mind and go do it.

6. You are scared that it may not work out

Not all relationships work out. And let’s face it, if it doesn’t work out for the both of you, there is a big fat chance that things will never come back to how they are today. The friendship will be scarred for life and unless you have a switch that allows you to forgive, forget and move on, your relation with her will be civil at its best. Yes, you might get hurt in the process, and you might think it is the end of the world. At some point regret might set in too, regret of having spoilt the friendship that you had, cherished, shared.

But wouldn’t knowing that she wasn’t the one or that you tried to make it work be a lot better than the constant ‘what if’ nagging? Wouldn’t it be better to stop wondering whether it would have worked and know? Wouldn’t it be easier to move on, grow up and grow old?

What you have may or may not be special, but you will never know for sure unless you try. Or do you want to wake up one morning couple years down the line and wonder whether you should have at least tried?