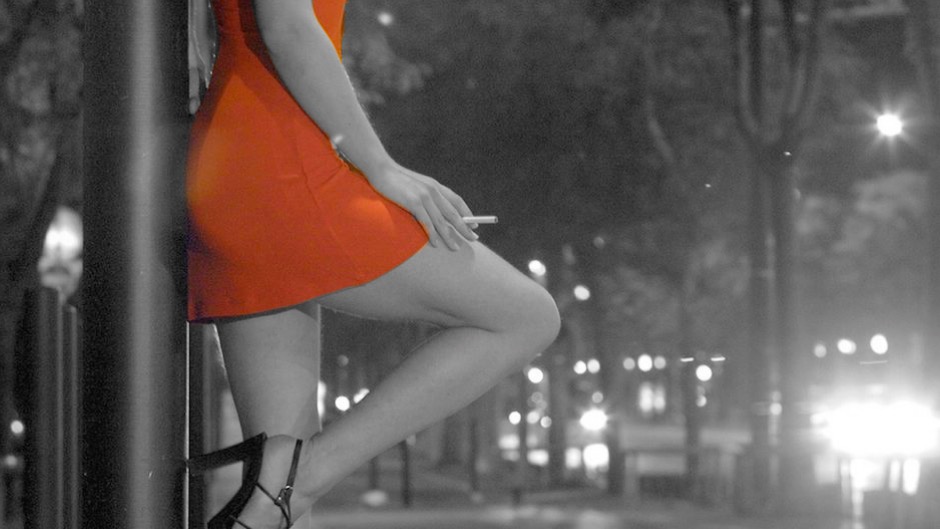 Sex working - is it really so different?

“I give sex for money,” she said and I was left dumbstruck.

I was sitting across a sex worker.. a prostitute.. and with that realisation came an uncanny feeling. As I looked into her eyes and wondered how I was supposed to react, she gave me a welcoming smile. ‘Do you feel embarrassed about your line of work.. do you feel ashamed?’ I asked, the need to know stronger than the urge that had tried to keep my mouth shut.

‘Ummm, not really,’ she said. ‘I guess I am supposed to, because that’s what the society expects of me. But I don’t.’

As I continued to stare back at her brazen eyes, I noticed for the first time her beauty. She wasn’t beautiful in a traditional way; neither like what I would have expected her to be like given her profession – an enchantress or a seductress… but she definitely was a looker.

I waited, almost squirming in my seat while she stared straight into my eyes nonchalantly. My time with her was the weirdest time in my life, but probably the most enlightening too.

Her thoughts, in almost her words:

If you are expecting to hear a sob story, I am about to disappoint you. I was out of cash once and asked my friend for some dough. He suggestively asked me to stop by his place and take it after spending “quality time” with him!

I was disgusted by him and I arranged for cash from elsewhere. But months later… or maybe it was years later that it struck me – I had had sex with more than two dozen men because I needed it, I wanted it. Why not get paid in the process!

The stigma that comes along with the profession dissuaded me. I had to think about my family and friends. But the next time I had a cash crunch, the stigma was no more important. A few months later I skipped town and began sex working.

I am not a tramp. I am neither a promiscuous woman nor have I been enslaved into this profession. This is my choosing. And there is no need to call me a whore, slut or a hustler, or any of the hundreds of derogatory words you have for the likes of me. I don’t cheat, I don’t lie, I don’t steal, I don’t hide. I am honest and hard-working.

Tell me, why is that girl not a whore who goes out on a date with a guy, and though she wants it pretty bad, she “acts” like she doesn’t want it, let’s the guy make her do it, and then conveniently makes it all his fault?

Or that virtuous and respectable neighbour of yours who sleeps when anybody with an erect cock in her husband’s absence?

What about that guy who has a different girl on his arm every other day? Or the guy who lies to women about his intentions, tells them that he loves them, tells them that he will be with them forever and ever, only so that they have sex with him? How am I not better than those lying sons of bitches?

I am sure you know that girl who goes out with strangers for drinks, cock-teases them all night, many nights, till the free drinks continue? She leads them on, I don’t. And I am still the bad girl?

Am I so different from the ‘cool one-night standers’ who have random sex with nameless and at times even faceless people from the bar; and walk away without a second glance?

And don’t even get me started about the pretentious little sluts who have sex because they totally want it and feign the morning after – “Oh I was so drunk last night! I don’t remember a thing! What! We had sex? That’s just not me, you know!”

The employees who further their relationship with their boss for an out-of-turn promotion or to get special treatment and be favoured are honourable because they are white-collared. I am the only outcast, the culprit, the villian.

And why is it only me who is the outlaw? What about the men who have sex with me and pay me for it? Men who want only my body… Men who sometimes want to insult me to feel powerful… Men who want to hurt me, to see me vulnerable and helpless to stroke their ego penis… Men who just need a release because they have nowhere else to go… Single men, widowers, unhappily married men, and sometimes happy married men too.

For unmarried women in India, sex is not only about enjoyment; it’s about shame, disgrace, dishonor. It’s about hiding the wrong, though continuing to wrong.

For most wives in India, it’s about giving in to their husbands by lying down for a couple of minutes and getting done & over with it. It’s about that chore that they gotta perform once every couple of days.

For me, sex is about sex.

Sex is a human event. It is driven by more than one thing. But whatever it is driven by, it brings pleasure. And to claim that sex, the reason behind our existence, is tainted defies reason. And, arguing that sex is about anything but pleasure is akin to propounding that gun violence is not about guns. Both betray an insufficient view.

You do it behind closed doors. I do it in the open. You get what you want. I get what I want.

So let me now ask you this… What’s so wrong about having sex for money?